*we believe in the socio-economic importance of any provided work or development of an
idea into a tangible action, therefore the entire business model is based on the principle of
ROI: you get what you invest into. Our transparency widget GLASS is being integrated right
now, so please email us be@experientialatelier.com if you want to start a convo on strategic
partnerships as we are using July to complete the website and our ‘real’ launch with a
solution-driven ocean video and the production of Geodesic Domes for Ocean Hope Pop-Ups
around the world. 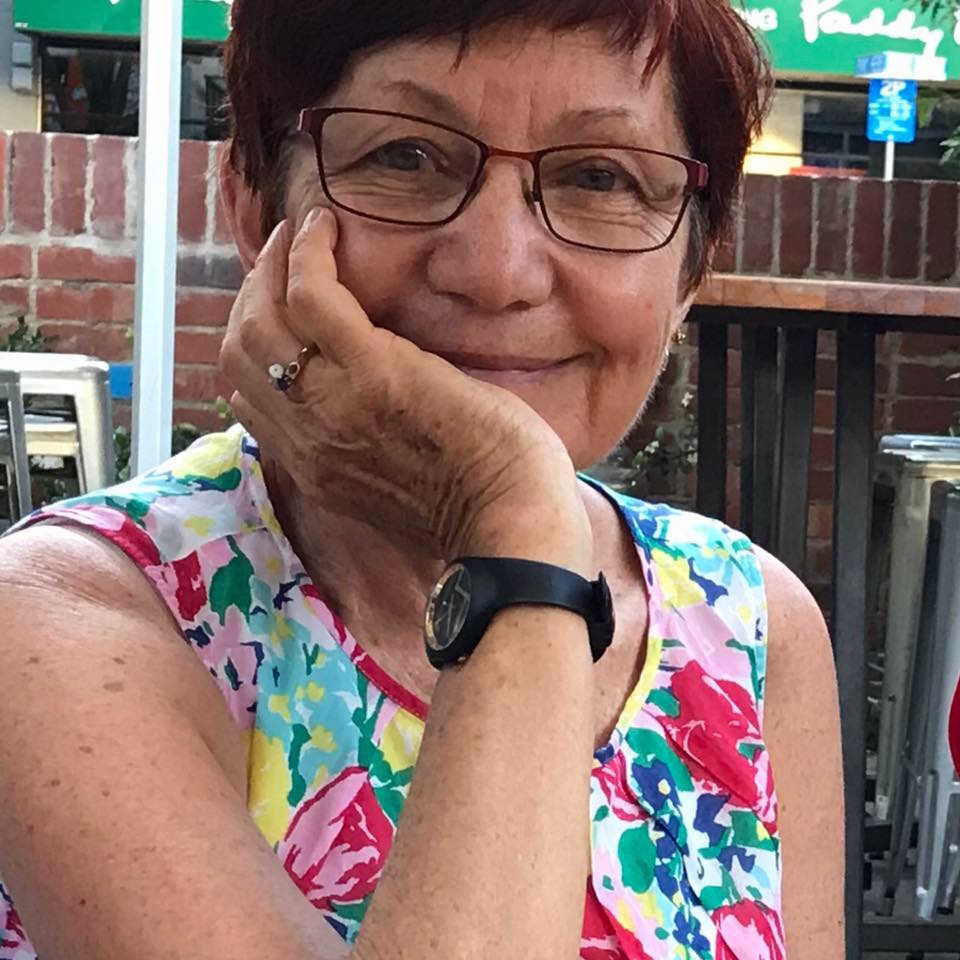 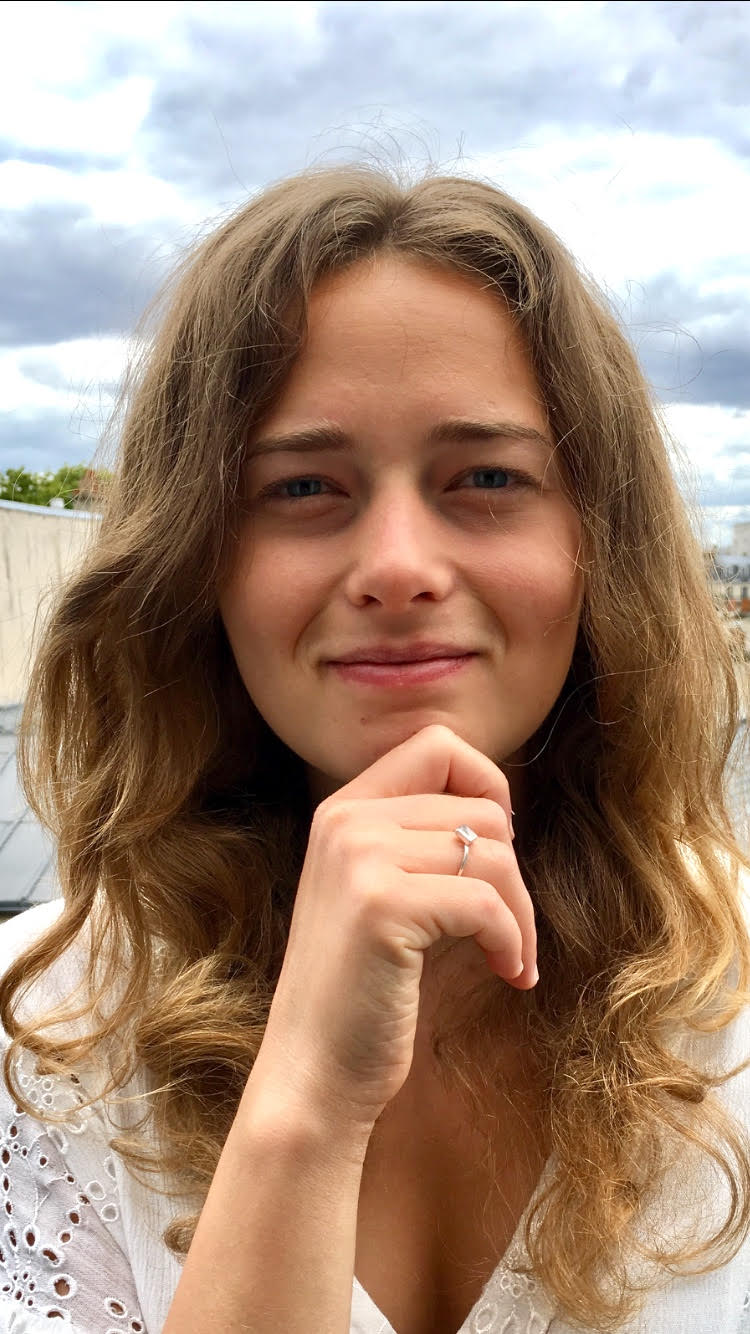 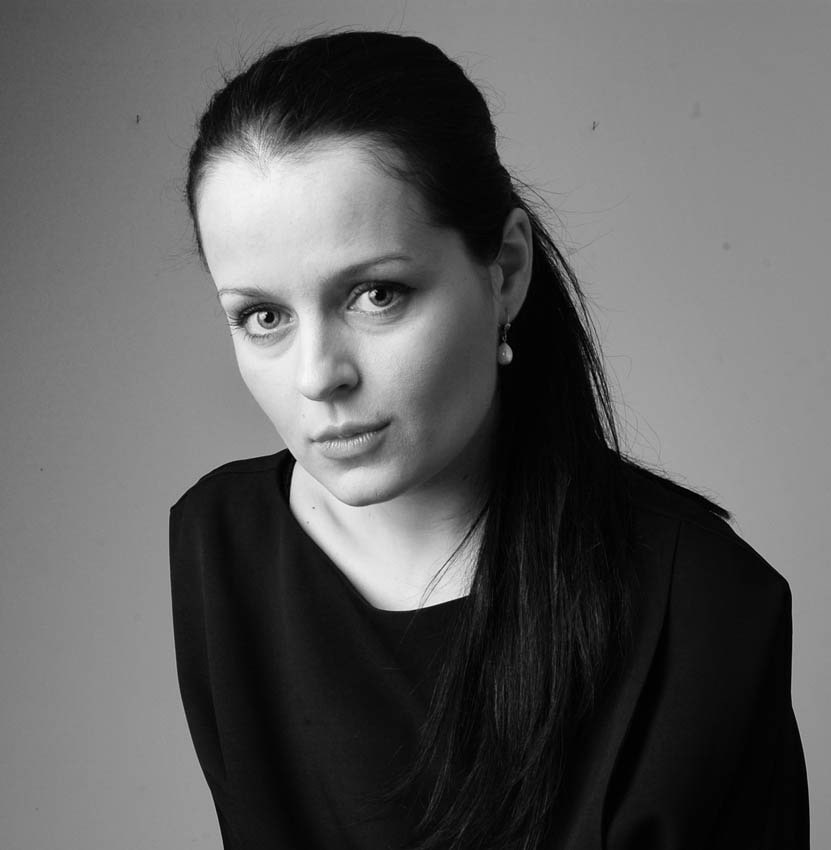 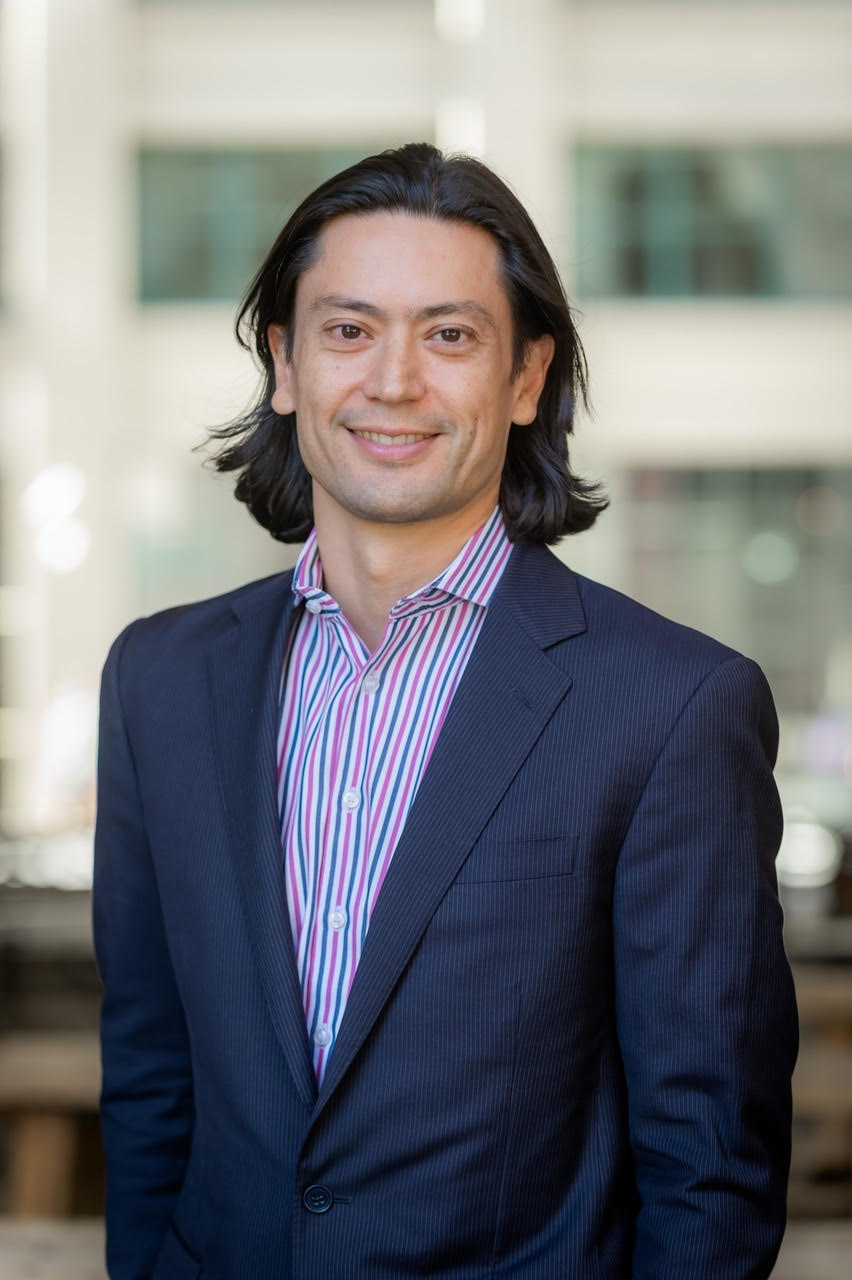 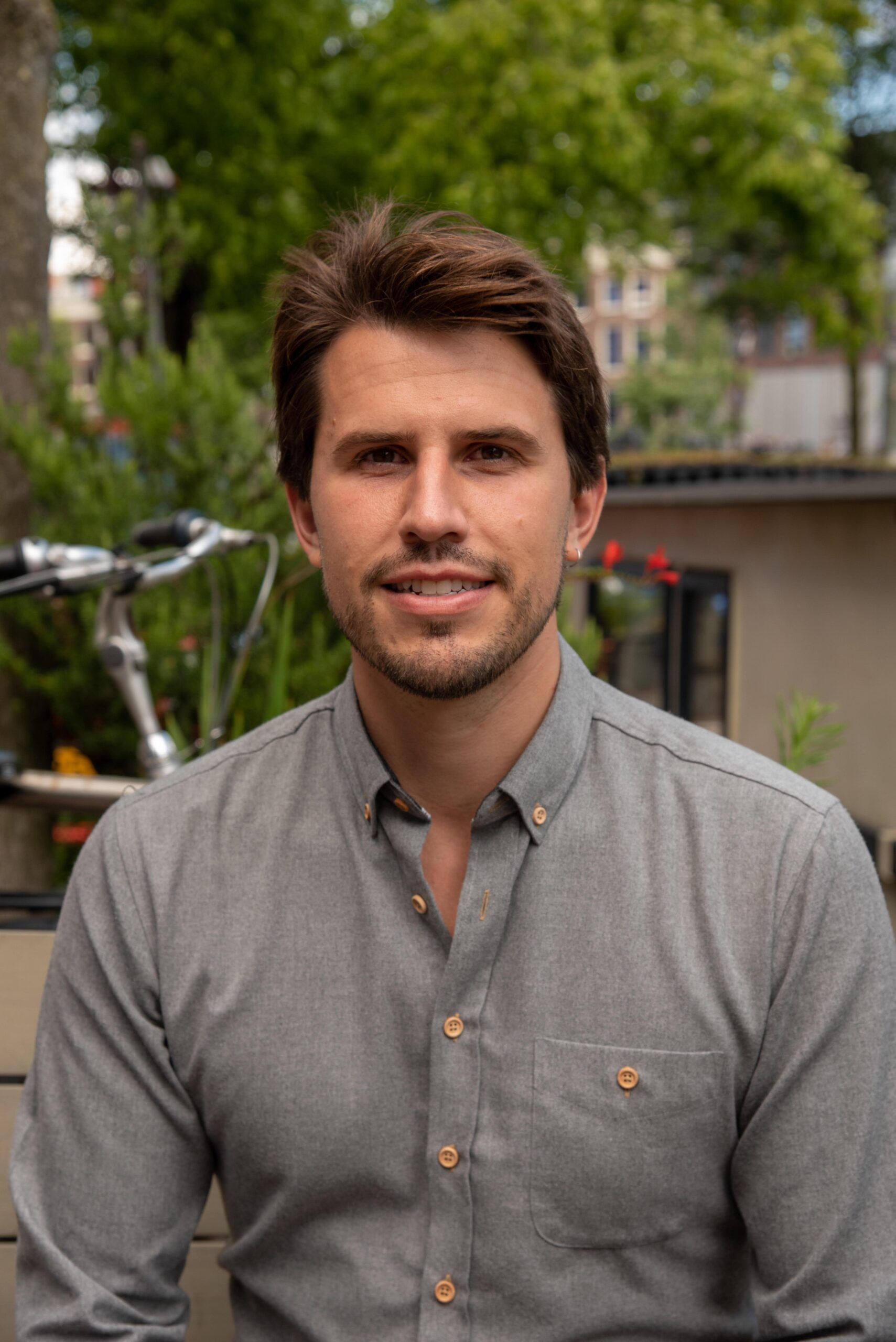 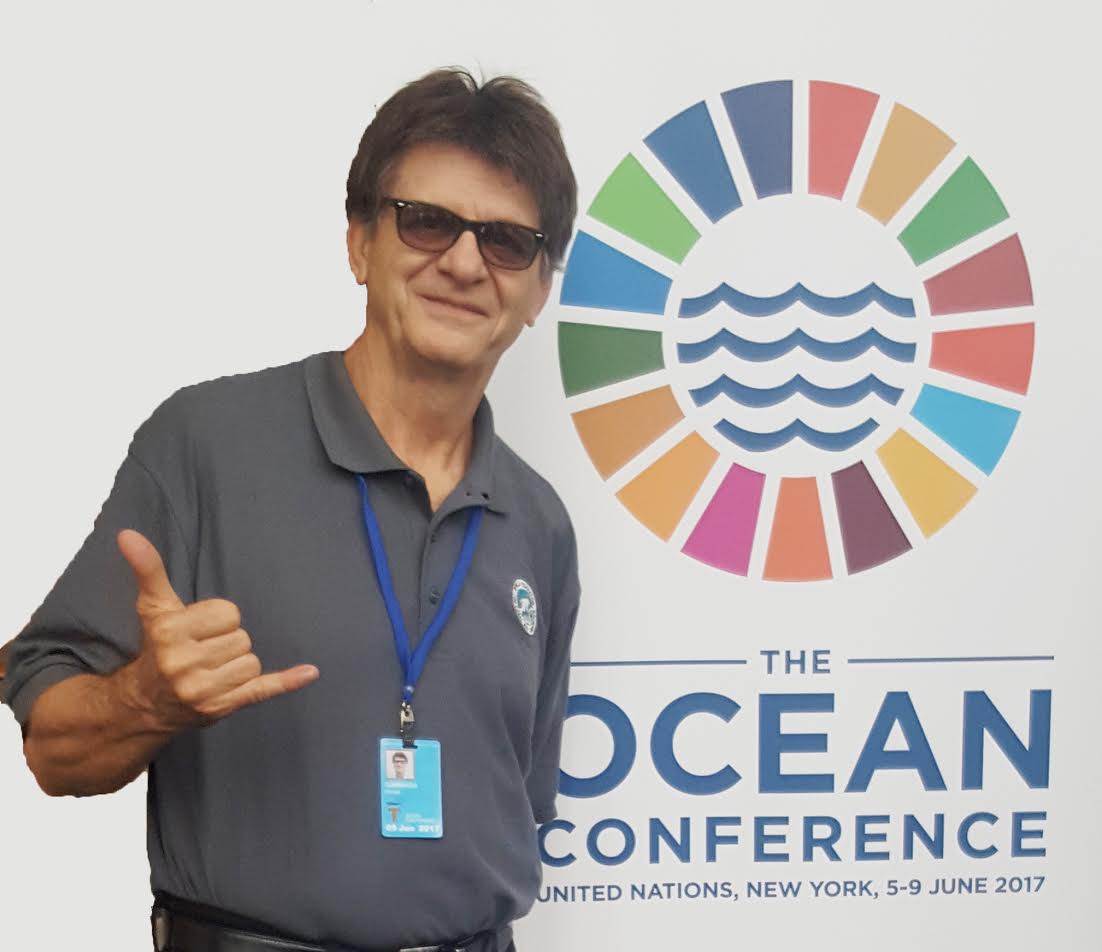 George focuses on engaging with like-minded multi-disciplined scientists, conservationists, and passionate citizen science-divers seeking participation in the Decade of Ocean Science. His focus has a primary goal to enhance and assist local island governments and ocean stakeholders to transition their community by facilitating and empowering sustainable “Blue Economy” businesses to protect their community’s critical and limited marine resources.

“I enjoy working with leading innovative teams, like Experiential Atelier, who are working globally to create innovative SDG14 awareness projects in communities which will inform their citizens about the host of services and benefits the ocean provides even the most inland communities. The leaders at EA share my dream and my vision is to inspire Youth to seek STEAM-scientific studies as a career. Scientific education with local government collaboration can open the exploration mind to engage our environment with passion to act responsibly”

„People protect what they LOVE“ 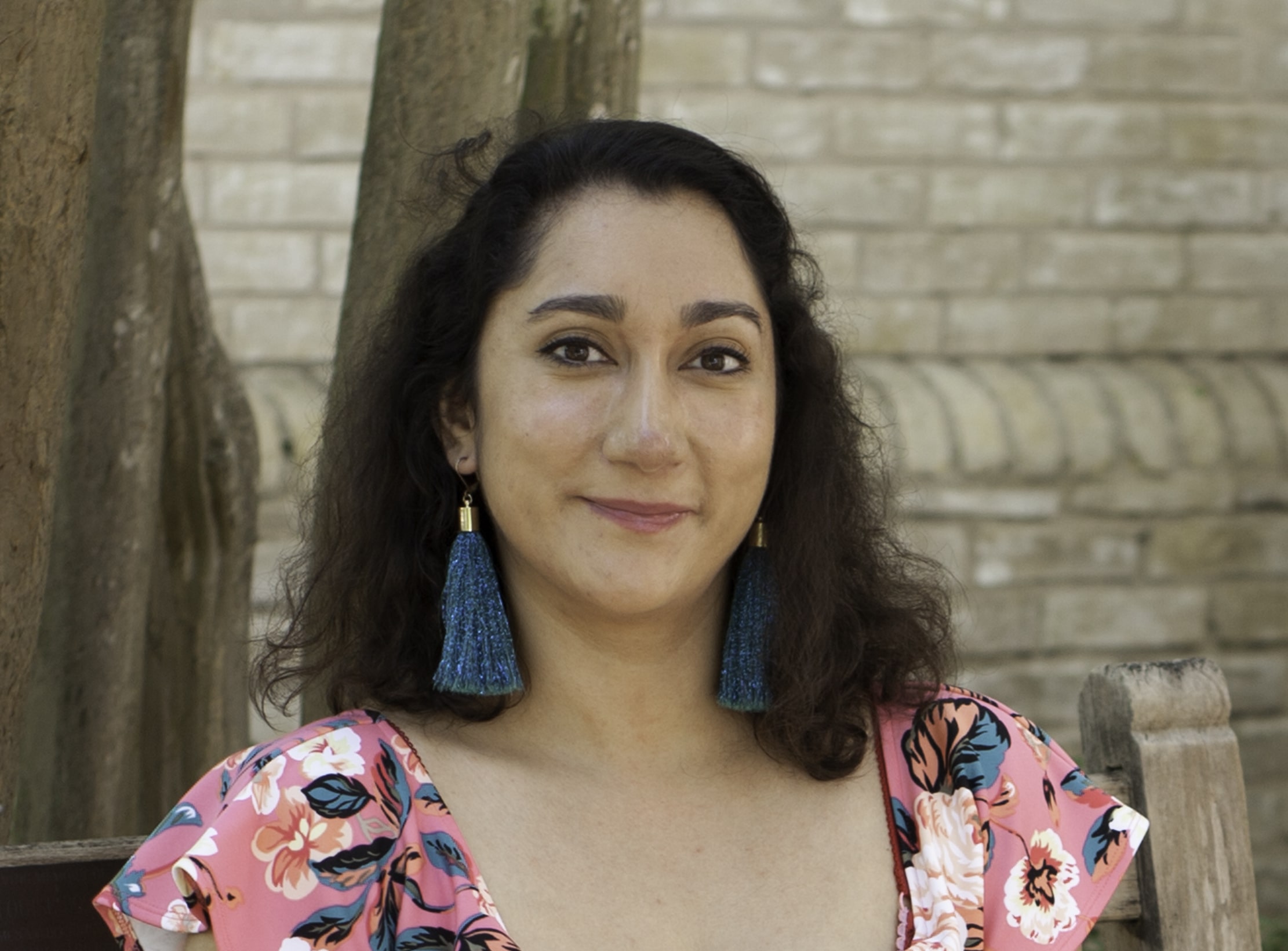 Public Programs Manager at the Honolulu Museum of Art in Honolulu, Hawaii, USA 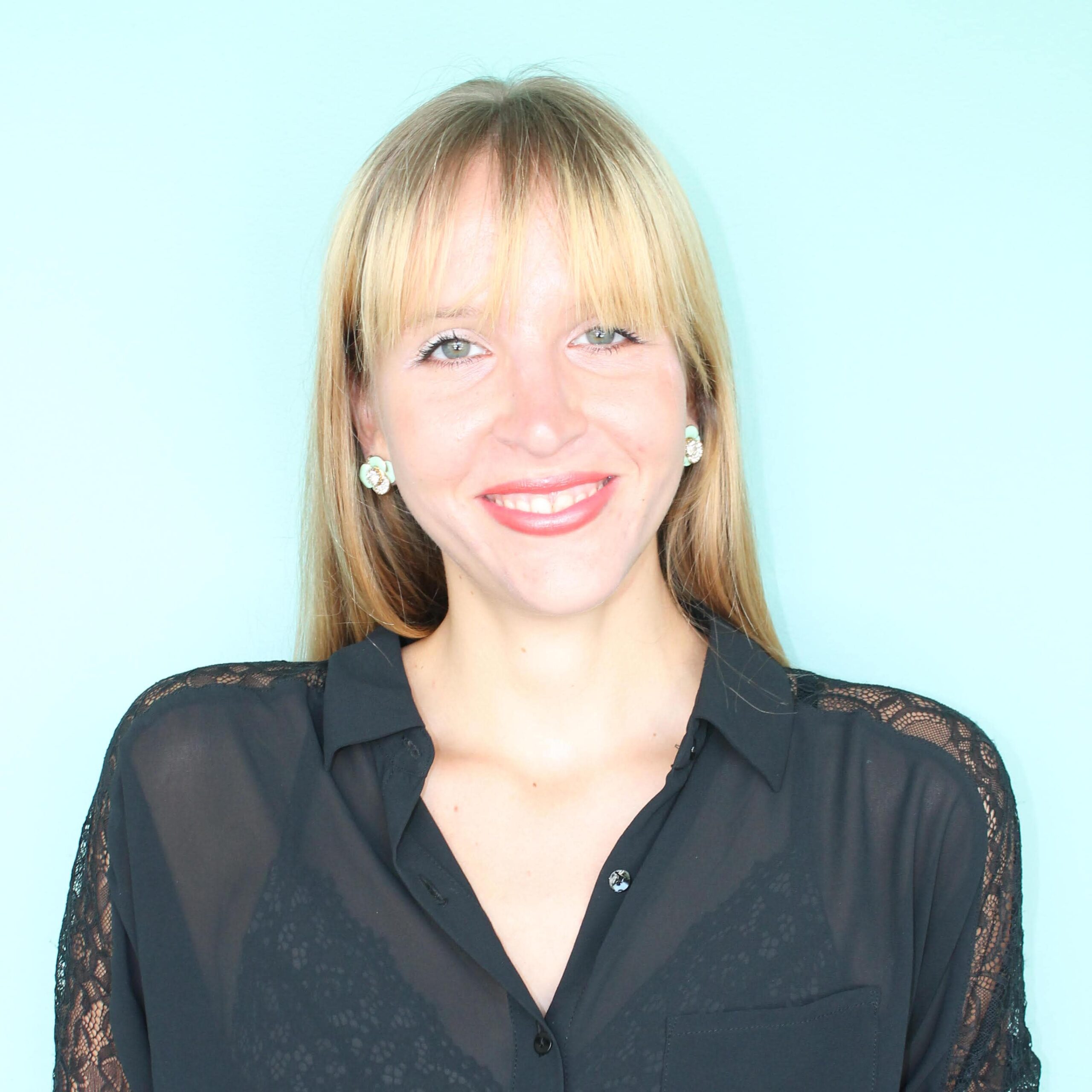 The entire business model is based on the principle of ROI: you get what you invest into. 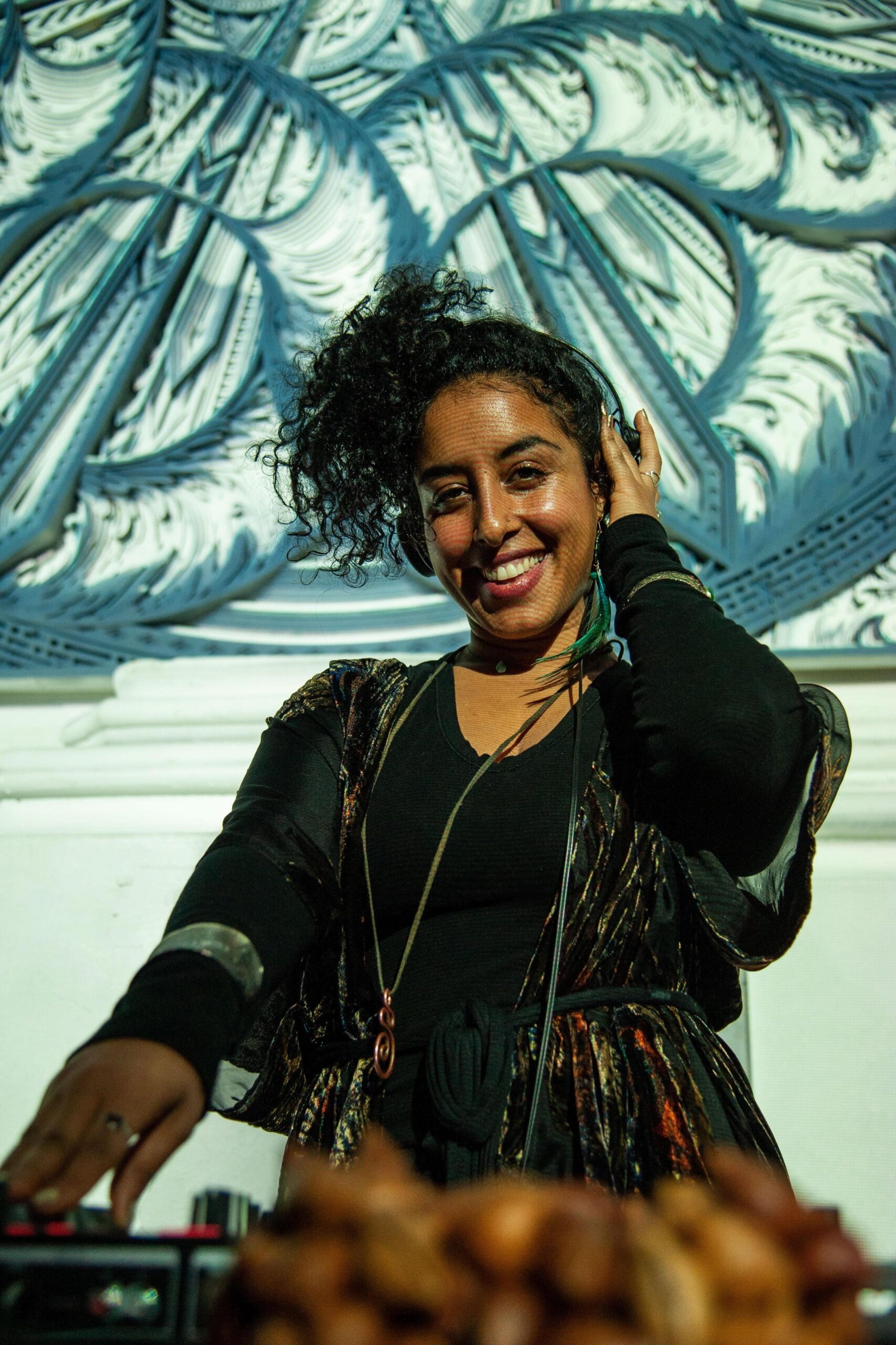 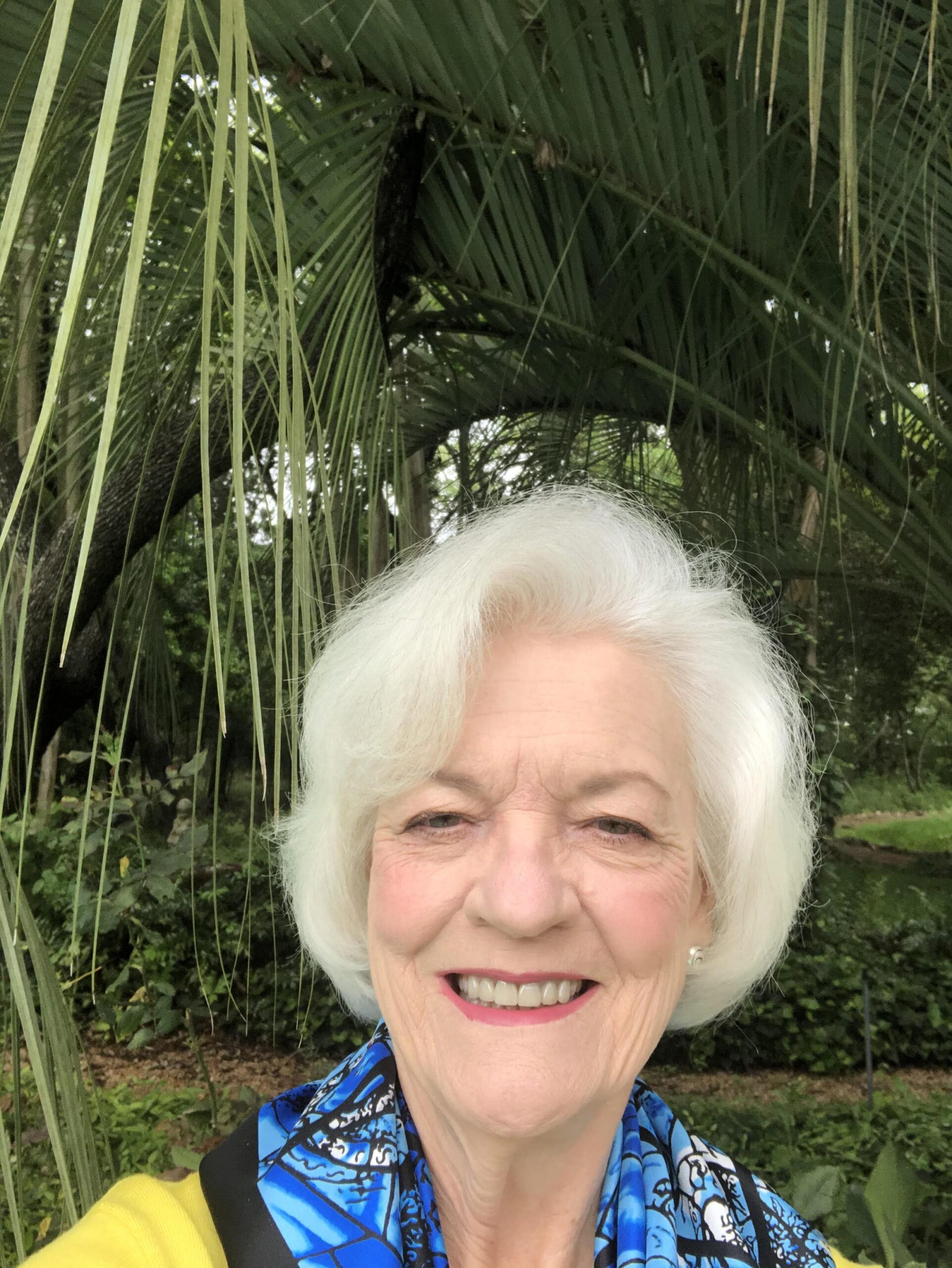 She has been a serious student in the UN Convention on Law of the Sea for decades and worked with other UN organizations in economic, social, and environmental resource management, research, field studies and technological advancement in ocean science. She works with a global network of colleagues in many locations in the Pacific Basin and on the Pacific Rim as well as the Caribbean and Central and South America. She has worked on ocean technology in several projects with the State of Hawaii, the University of Hawaii and a Navy research project at Pearl Harbor Naval Base. She also worked on ocean mapping projects with Google Earth and Esri being familiar with the world of the ocean. With Mission Blue she has built out the ocean in Google Earth helping identify and protect places in the ocean and in coastal areas to identify and advocate for Marine Protected Areas (MPAs). As a coastal zone planner, she continues to look for and assist conservation and advocate for a treaty to bring the high seas under the UN Convention on Law of the Sea. She continues to be interested in issues addressing the UN SDGs, oceanographic exploration, deep sea research and knowledge transfer. She believes emerging technologies and indigenous knowledge and approaches are needed in the 21st Century to solve the problems of climate by addressing SDGs 13,14, and 15.

Since 2008, she has not stopped seeking more ways to collaborate, support and fund ocean exploration, education, mapping, and policy improvements in maritime and other blue economic development that also address a positive action for better ocean health, restoration and resilience. She has a reputation for resourcefulness and worked with Dr. Sylvia Earle on many projects over the last two decades. Currently, Charlotte serves Mission Blue and Dr. Earle as an advisor. She also serves as Director of Engagement with EarthX working with their staff partners, the UN and IUCN. Her network of ocean colleagues and connections are perhaps her greatest asset.

We believe in the socio-economic importance. 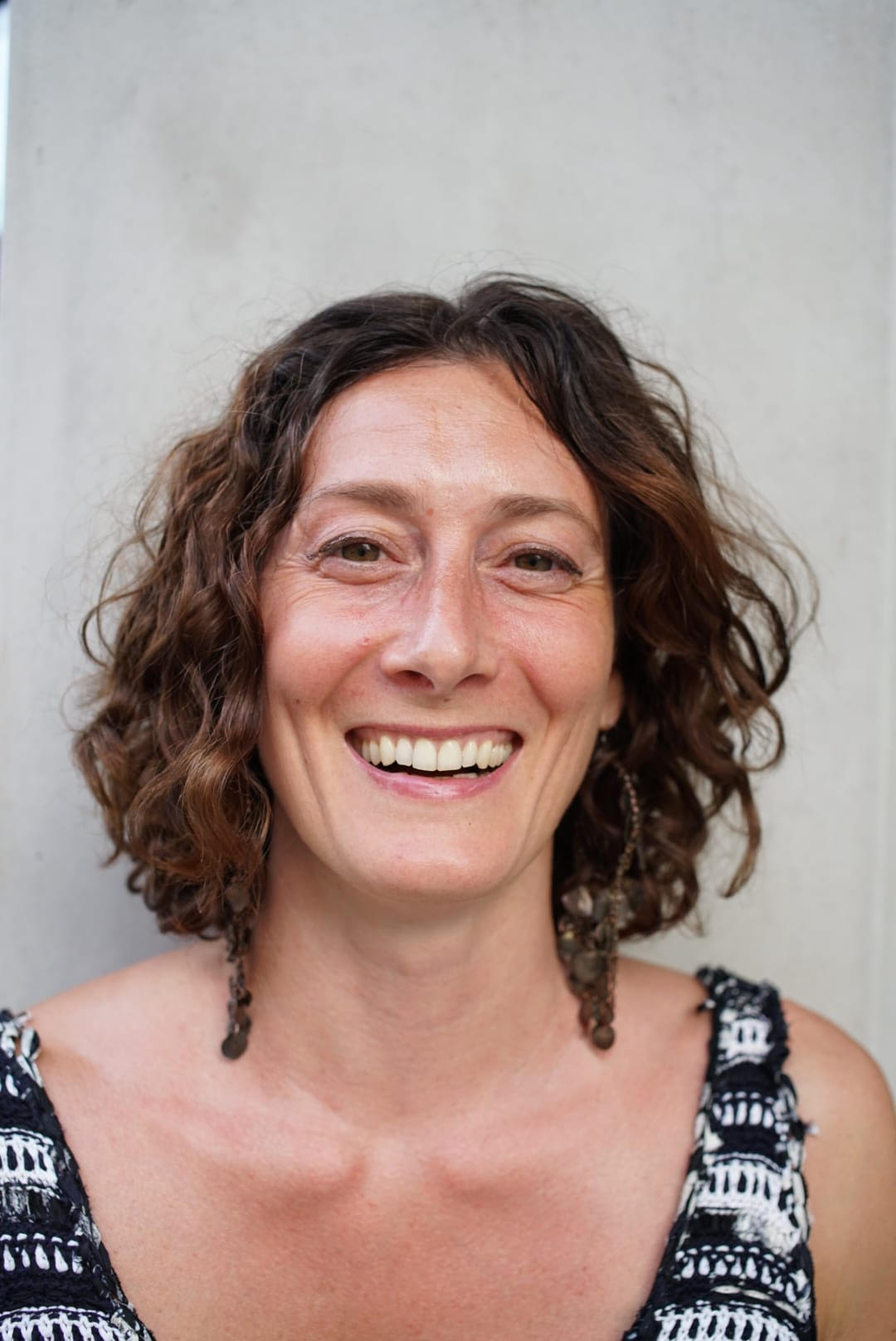 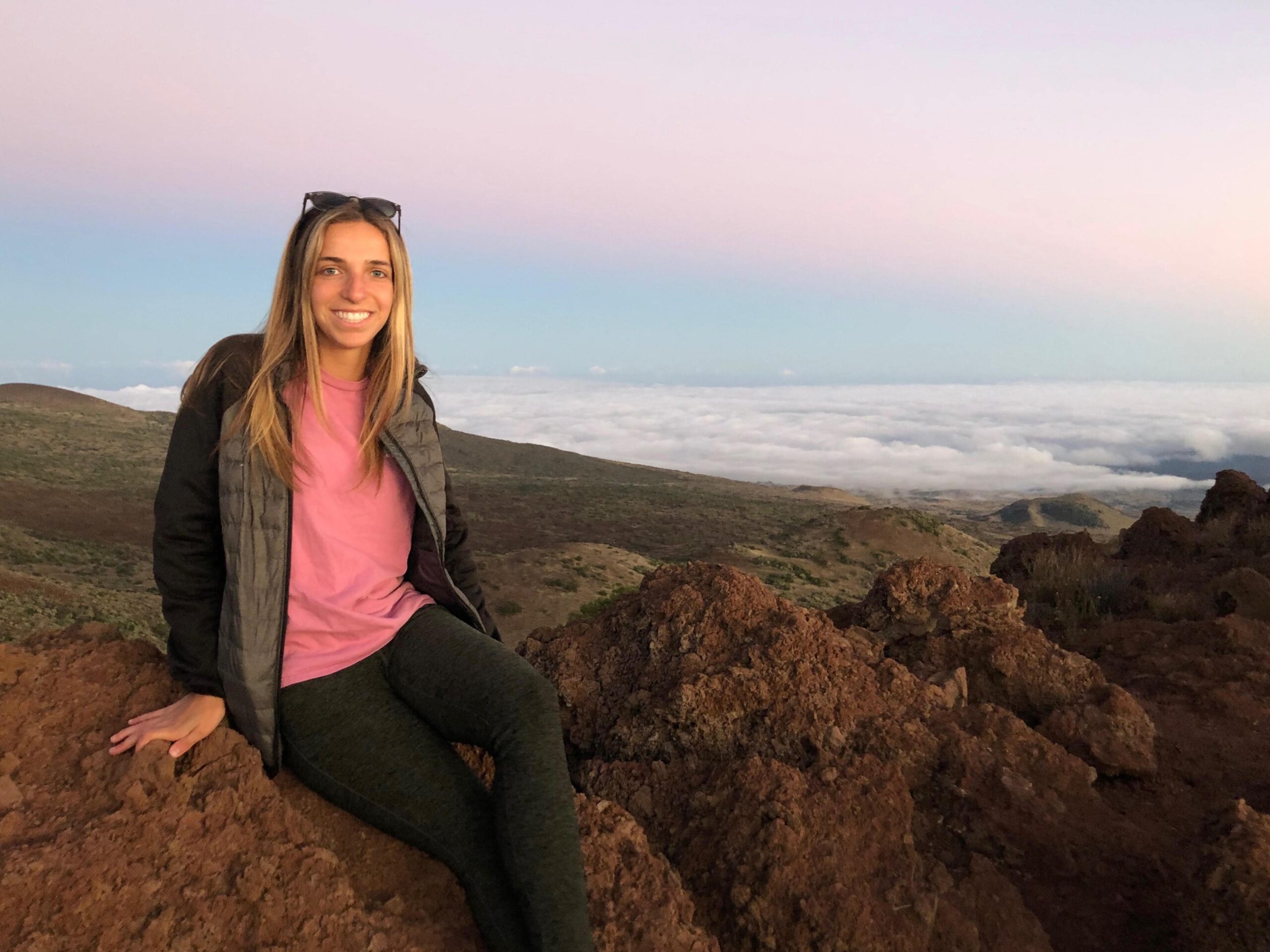 We want you to become an active changemaker for Your Self and Your Surrounding. 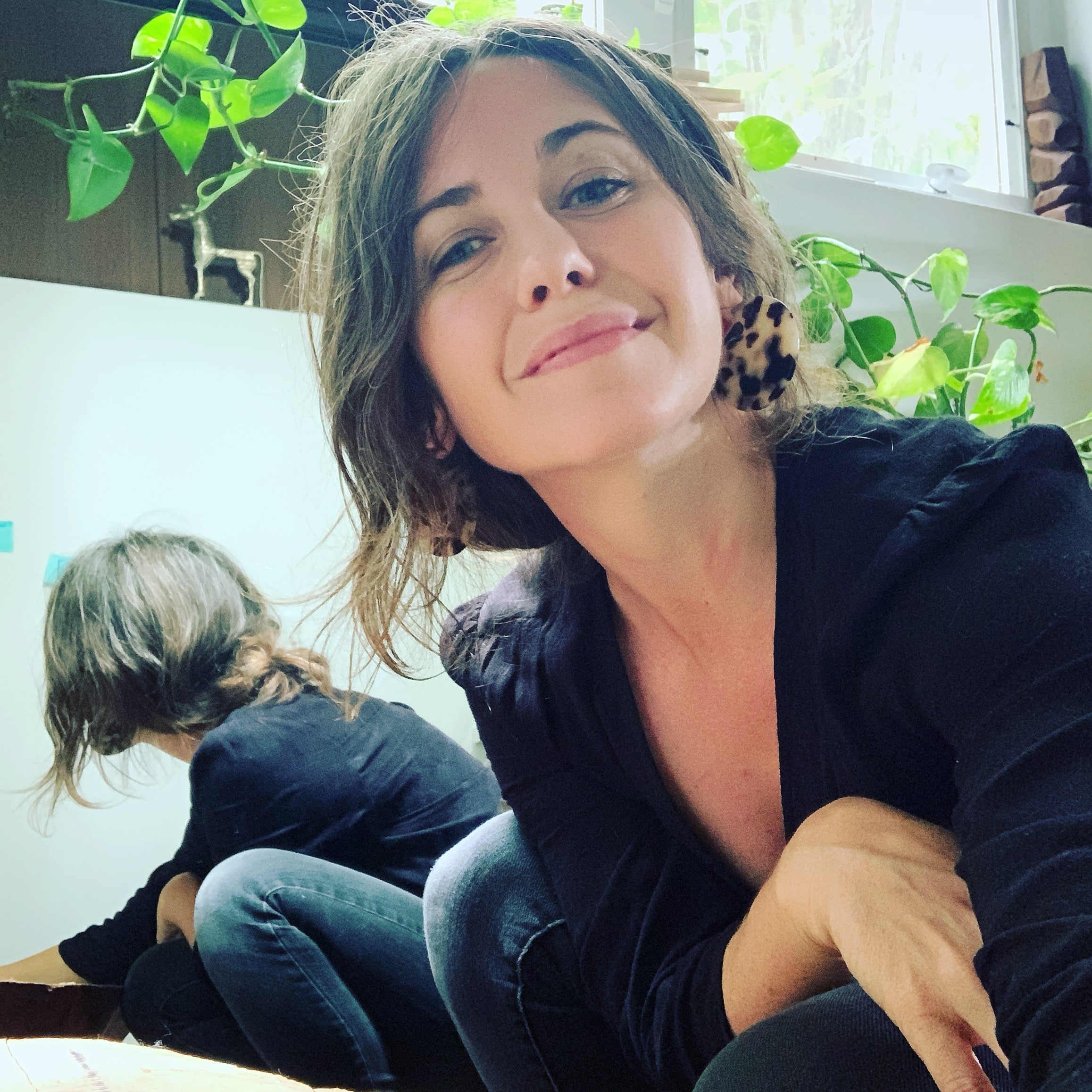 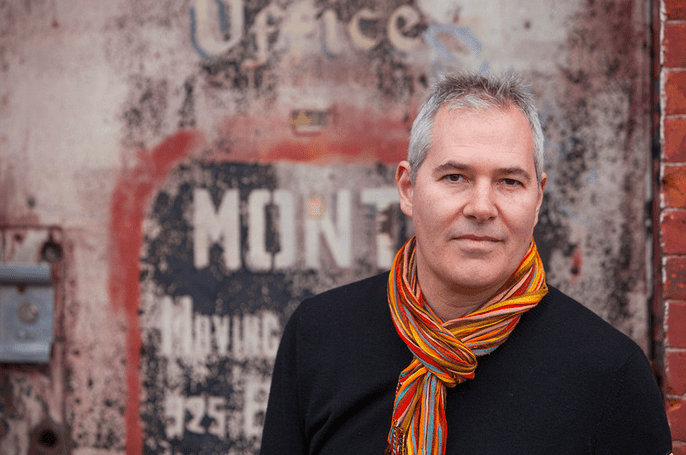 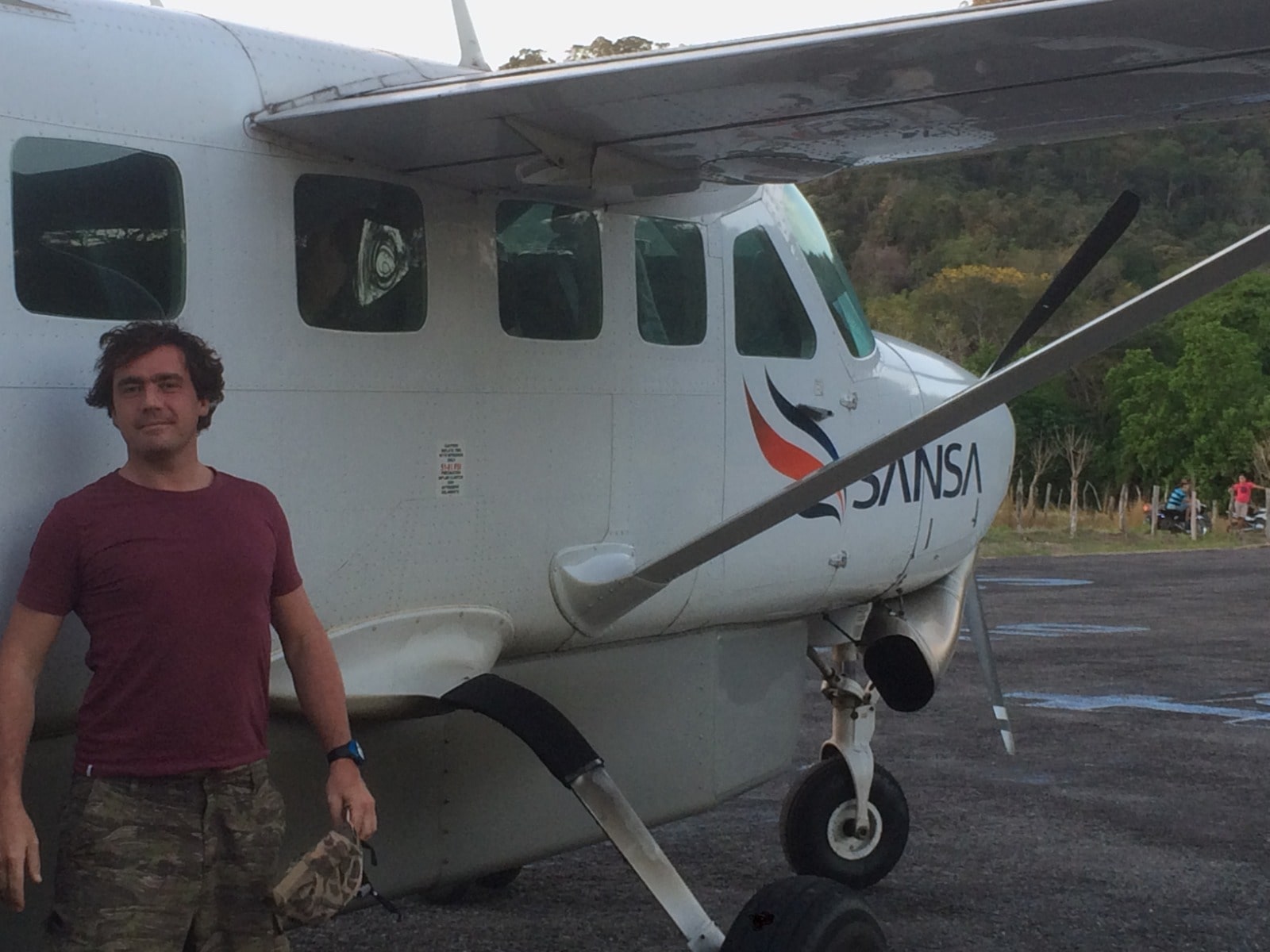 “Waste or Wonder” (aka WOW) – a JV between SUPERNOVAS, TileYard and Spin Ventures – was set up to make by 2030 the whole of the music industry circular and transform waste from music industry into products for the same music industry and prevent for it to go in landfill and in the oceans:
– by USING DATA to create a transparent system to assess, track and communicate impact.
– by PROMOTING reducing, reusing recycling PRACTICES in the music industry.
– by CREATING DEMAND for recycled materials amongst consumer, businesses and corporations.
– by DELIVERING PRODUCTS for consumer, businesses and corporations made of recycled materials.
– by promoting access to waste management, transformation and recycling INDUSTRY.
– by promoting and implementing CIRCULAR ECONOMIES PRACTICES in the music industry. 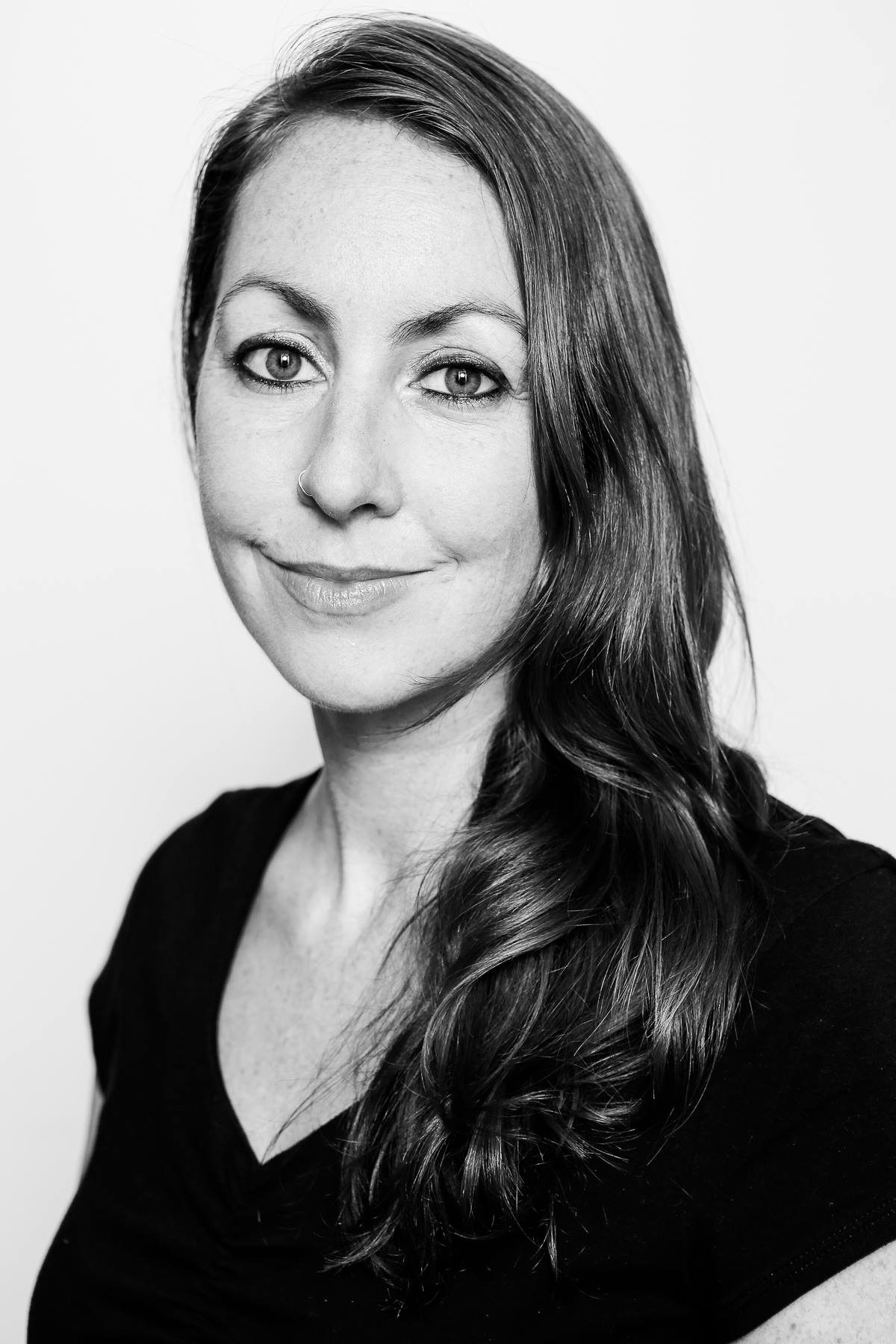 Director of Peace Boat US

Peace Boat holds Special Consultative Status with the Social and Economic Council of the United Nations and works in partnership with UN representatives, Nobel Peace Laureates and community leaders from around the world to create opportunities for international cooperation focused on environmental sustainability, cultural awareness and peace education. Emilie works to foster youth education and develops specific programs to learn about important global issues onboard the Peace Boat. Founded in 1983 and nominated for the Nobel Peace Prize in 2008, Peace Boat has sailed on over 100 global voyages, carrying more than 60,000 people to more than 100 countries. Peace Boat has recently launched a new initiative to build an Ecoship to sail around the world, showcasing green technology and design, while inspiring positive change to radically reduce our carbon footprint. Peace Boat is a committed campaigner for the UN Sustainable Development Goals, sailing with the Global Goals Logo on the hull of the ship. Peace Boat’s Ecoship Project will build the world’s most sustainable passenger ship. A flagship for the SDGs, Ecoship seeks to address ocean acidification with reduced carbon emissions and significantly reduce marine pollution. 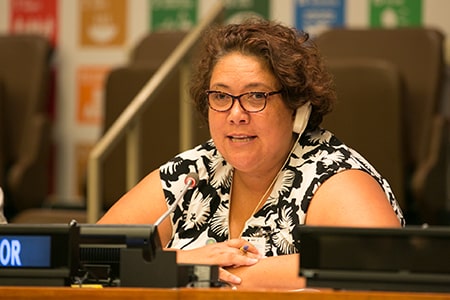 Kate has experience working inside government, non-profits and intergovernmentally as well as a keen sense of the most important elements of the international policy setting space relevant to islands as well as what is needed for implementation to happen. A strategic thinker who is able to present clear ideas and set up the right conditions for collaboration to thrive. Kate is originally from New Zealand where she resides with her family and she lived for eight years in Apia, Samoa. 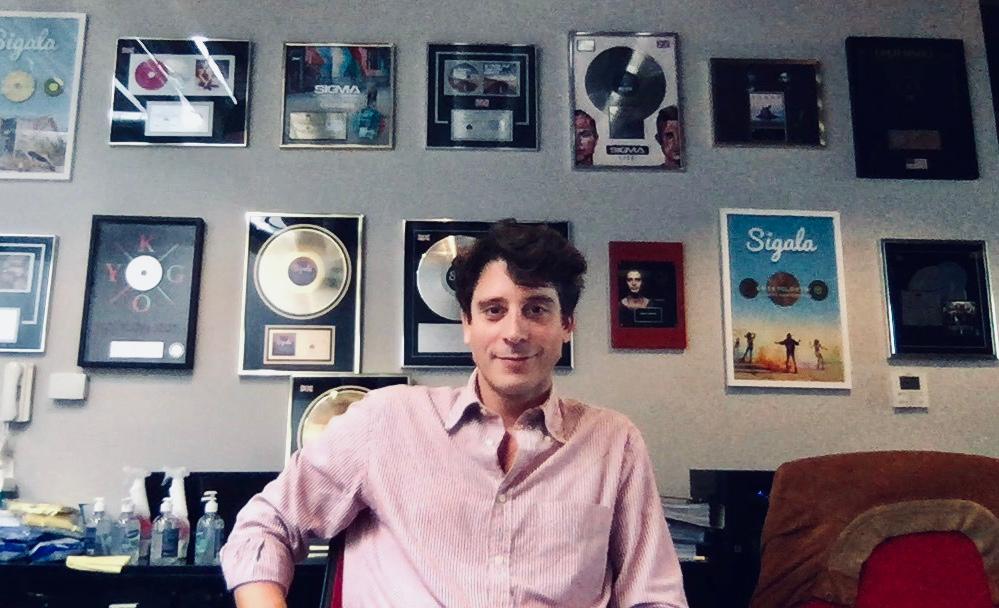 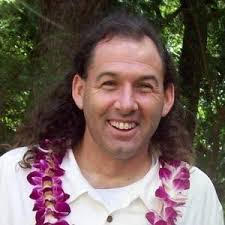 Cooper founded the Hawaii Institute for Human Rights with community leaders and the Hawaii Center for Human Rights Research & Action among researchers and faculty at institutions of higher education.  He currently serves as the CEO of the GOOD Group assisting communities and countries to promote human rights & global democracy and protect our planet rooted in peace, respect and dignity for all.

Cooper served as the International Director of Education for Unite for Rights and  recently began tenure as Executive Director of global movement to actualize article 28 of the Universal Declaration of Human Rights with a Global Bill of Rights  with a functioning World Court of Human Rights building on the emerging jurisprudence of the regional human rights courts and commissions.

Joshua Cooper is a human rights advocate engaging in global and regional mechanisms guaranteeing fundamental freedoms. Cooper has participated as an official observer at United Nations meetings in both the charter and treaty bodies of the human rights machinery for over a decade. Cooper has prepared interventions, presented firsthand accounts of violations, held briefings to provide legal updates, met with officials and experts to pose questions to government delegations and proposed recommendations to realize human rights around the world. Cooper has attended at every level of the UN Charter bodies from working groups to the general assembly organizing for adoption of international guidelines, declarations and conventions

Cooper has been actively involved since the creation of the UN Human Rights Council including the Universal Periodic Review. He was the Geneva Coordinator for the US Human Rights Network in the inaugural review mobilizing for the first ever Global Town Hall featuring a best practice with civil society engaging with State Under Review. Cooper coordinated creative campaigns with Testify! Project and increased leadership role and responsibility as the National Task Force Co-Chair with dozens of thematic working groups organizing at the community, city, country and global civil society level as well as consultative calendar with national administrative agencies. Cooper serves on the International Mechanisms Coordinating Committee participating in the reviews of all UN human rights treaty bodies and creative initiatives such as UPR Birmingham in partnership with the Mayor.  Cooper was present with national leaders during the U.S. withdrawal mobilizing global campaign of We The People Persist bringing together country-wide coordination responses along with building partnership among peoples movements around the planet resulting in a We The Peoples Mission to the UN Human Rights Council mobilizing sub-national and national actors  n the 10 agenda items to share stories of social justice from people directly impacted by violations and denial of dignity.

Cooper serves on the National Human Rights Cities Alliance for the United States of America and participates on the Steering Committee coordinating strategic sessions as well as workshops and country-wide convenings.  Cooper drafted legislation for Hawaii to be first State of Human Rights and advocated for similar legal measures as the Cities for CEDAW, the UN Convention on the Rights of the Child and the UN Declaration on the Rights of Indigenous Peoples.

Cooper is active in the development and climate change advocacy. Cooper attends the UN Framework Convention on Climate Change Conferences of Parties since Copenhagen through Paris including current Talanoa initiatives. Cooper participated in the negotiations from the Rio+20 Summit to the adoption at the UN General Assembly of the UN Sustainable Development Goals. Cooper advises Major Groups and Other Stakeholders in the UN Voluntary National Reviews for the High Level Political Forum and is mobilizing subnational initiatives such as Voluntary Local Reviews spearheaded by cities.

Any cookies that may not be particularly necessary for the website to function and is used specifically to collect user personal data via analytics, ads, other embedded contents are termed as non-necessary cookies. It is mandatory to procure user consent prior to running these cookies on your website.